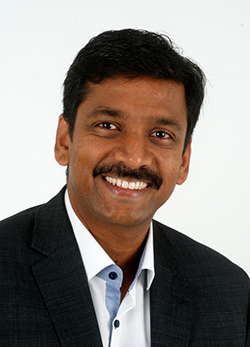 Gopi has a history of leading global companies to positions of strength in geographically diverse markets. He began his career as a brand manager with Johnson & Johnson where he worked for a decade, finally spearheading the company’s Vision Care business in India and Malaysia. He then joined Philips at its headquarter in Netherlands, handling M&As and general management responsibilities. In 2010, he was named CEO of Philip’s DirectLife, a health and wellness business. More recently, Gopi led the global expansion of LatentView Analytics as its CEO. The company has won numerous accolades that recognized its growth and leadership in digital analytics, including Frost & Sullivan's Analytics Company of the Year and Deloitte Technology Fast 50.

Gopi has a degree in Mechanical Engineering from Indian Institute of Technology, Madras and MBAs from IIM Calcutta and IMD Switzerland. He recently completed the Advanced Management Program (AMP) at Harvard Business School.

He is passionate about running and enjoys training for marathons. When not leading a dynamic team of professionals, you will find him scuba diving in remote locations around the world. 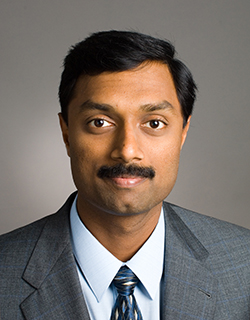 Anand Chockalingam is an Academic Clinical Cardiologist practicing at the University of Missouri-Columbia. He is extensively published original research in reversible forms of Heart Failure, early diagnosis of coronary artery disease and aging related heart changes. Having trained and worked both in Chennai India as well as in the USA, he recognizes the urgent need for healthier lifestyle and holistic health in preventing heart disease. He is investigating novel methods to incorporate individually tailored exercise programs using upper body workouts, weight training and remotely supervised protocols to expand utilization of these methods for heart patients. Mindfullness, relaxation  and Eastern yoga are key features in his patient care and education. Anand brings 20 years of practicing cardiology combined with holistic wellness perspective to improve the health of heart patients.

Anand studied medicine in Madras Medical College, India, and went on to do his AB Cardiology in the USA. He became a Fellow of the American Board of Cardiology early on in his career. Playing tennis, hiking and photography are his favorite pastime activities.